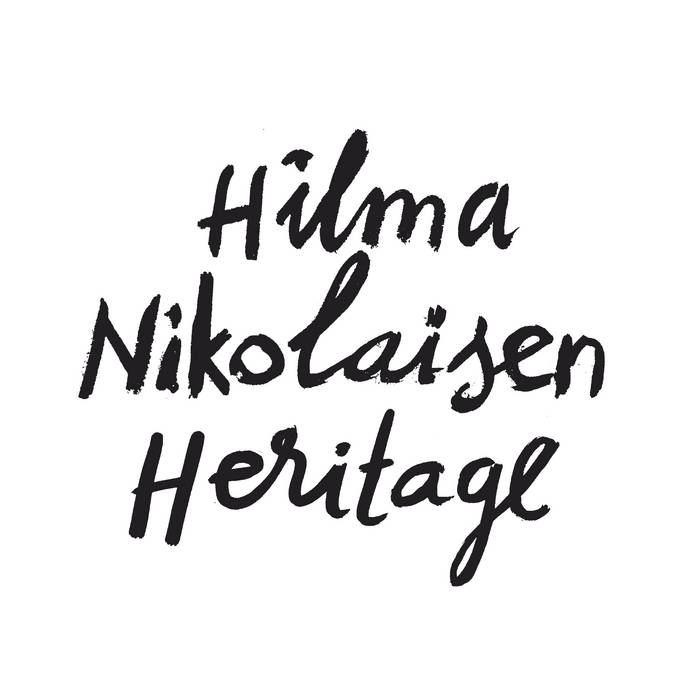 Hilma Nikolaisen's third album, Heritage, will be released on January 29th 2021. The first single, «Maybe Today (Satan)» is out now.

After the promising, Norwegian Grammy-nominated debut Puzzler (2016), and the more ambitious follow-up Mjusic (2018), it would've been easy for Hilma Nikolaisen (formerly of Serena Maneesh) to continue in the same vein. After all she's perfected her own kind of groovy guitar rock built on catchy riffs and jammy psychedelic excursions. Instead, Heritage represents a surprising step to the side.

The new album's stripped-down and almost acoustic soundscape has been a conscious choice, it's not at all a result of the sad, pandemic limitations of our times. On one hand, the new approach is an attempt to capture the essence of the songs by removing ornamental instrumentation - on the other to not get caught up in familiar patterns or specific ways of playing. The result is Nikolaisen's most melodically elaborate album, and possibly also the most immediate.

«Maybe Today (Satan)» opens the album and sets the record straight, so to speak. Nostalgic fingerstyle on an inherited Santana nylon guitar from 1975, a chorus of flutes and a melody that is almost Bacharachian in its exquisite simplicity. Plenty of melody lines on Heritage could've easily found their natural place in the pop canon of the sixties. «Seven» is a bittersweet tale of shared history, and gathers all the voices of the Nikolaisen siblings, and parts of the next generation, in the choir.

«You pt. II» is a continuation or rather re-interpretation of the track «You» from Mjusic, now stripped all the way down to occasional a cappella and sparse string playing. This is just one of several textual or musical references to previous songs that attentive fans of the catalog will pick up on, and new listeners can look forward to discovering.

Heritage is a seamless celebration of the Album Format, with nine tracks that each shine in their own uniqueness, but which also complement each other in a well-thought-out whole. While most of the songs on the album deal with memory, past and future, often with a nostalgic touch, the last track «All In (Into the Outset)» is a life-affirming embrace of what is to come, of what the future holds. It both expands the soundscape of Heritage and circles back to previous highlights with its mesmerizing choruses and effective repetitions, interspersed with wonderfully nonchalant whistling and confidently playful electric guitar licks.

Bandcamp Daily  your guide to the world of Bandcamp

New sounds from Mavi, Ivy Sole & Moderator, plus AJ, the One joins the show, for her latest release